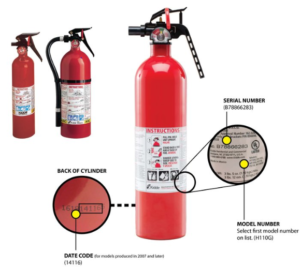 Kidde has recalled more than 40 million fire extinguishers used in homes, vehicles, and boats. the extinguishers can become clogged or require excessive force to discharge and can fail to activate during a fire. in addition, the nozzle can detach with enough force to pose an impact hazard.